Homes for Sale in Waxhaw, Weddington, and Marvin

Located 12 miles south of Charlotte’s city limits, the Waxhaw area has a population of over 14,000 residents. Waxhaw’s population has tripled since the 1990’s. A big draw are the excellent public schools that serve the Waxhaw area.

Waxhaw is known and loved for its historic downtown. Visiting this area makes you feel as if you’ve stepped back in time with its quaint buildings on Main Street dating back to the 1800’s. Waxhaw provides a truly unique blend of new development against a backdrop of history and has been described as a place where “old meets new.”

Historic downtown Waxhaw is home to many community events, including the Waxhaw Farmers Market, the Spring Kaleidoscope Fest, the Holiday Festival of Lights and Christmas Parade, the Waxhaw Independence Day celebration which includes a parade, fireworks, and beach party which attracts over 12,000 visitors. June through August, there’s music at the “Jammin’ by the Tracks” every Friday evening.

Weddington is located some 15 miles southeast of Charlotte and is known for its beautiful rolling fields, horse farms, and stringent zoning regulations. Its location puts residents within a 15 minute drive time to I-485 and primary local roads such as Providence and Rea Roads. With a population of just under 11,000, Weddington has been aptly described as “rural, but not remote.”

The Town of Weddington consists almost entirely of single-family homes on lots of one acre or more. At one time Weddington was considered the “heart of horse country” in Union County with a median home cost that is amongst the highest in the Charlotte area.

Weddington is also home to Optimist Park, a 52 acre-facility with softball, baseball, soccer, lacrosse and football fields, and basketball court.

One of Weddington’s prettiest landmarks is its Victorian Town Hall, the historic Thomas Wrenn house built in 1894, This landmark location sits at the corner of Hwy 84 and Providence Road adjacent to Weddington’s only commercial center, Weddington Corners Shopping Center. This commercial center houses a grocery store, offices, and other shops/small businesses.

Considered the third wealthiest town in NC per the 2010 census, the median income of Weddington households is approximately twice that of both the Charlotte metro region and the State of North Carolina.

The Village of Marvin is home to approximately 6,700 residents. Marvin is considered an affluent area and has been referred to as “magnificent Marvin.” The median income is about $168,000 and an average household income is close to $200,000. Marvin’s growth can be considered nothing but amazing with almost a 1,500% increase in population since 1990 and where over 60% of homes were built since 2000.

Home prices in Marvin are amongst the most expensive in the Charlotte metro area and in North Carolina. Covering only some six square miles, Marvin is considered one of Charlotte metro area’s most exclusive and expensive, offering an abundance of custom, luxury homes on large lots. Zoning is quite restrictive to keep the feel of a peaceful, rural setting.

Marvin’s location is second to none: Blakeney Shopping Center and Stonecrest Shopping Center are just over five miles away in the Ballantyne area. SouthPark Mall is 13 miles away, and Carolina Place in Pineville is eight miles away. Marvin is convenient to I-485 providing great accessibility to all of the Charlotte metro area’s commercial, dining, and shopping venues.

The Union County Public Schools district and the Waxhaw/Weddington/Marvin schools, particularly, have been ranked highly both in North Carolina and in the Charlotte region by Niche.com in their annual rankings.

How The Right Waxhaw Area Broker Makes The Difference

Your real estate agent is the best source of information about the local community and real estate topics. Give Nina Hollander a call today at 704-779-0813 to learn more about local areas, discuss selling a house, or tour available homes for sale in Waxhaw, Weddington, Marvin. She’s been opening doors for Waxhaw, Weddington, and Marvin area home buyers and sellers for 22+ years. Experience the difference you can count on with Nina. You’ll be glad you did! 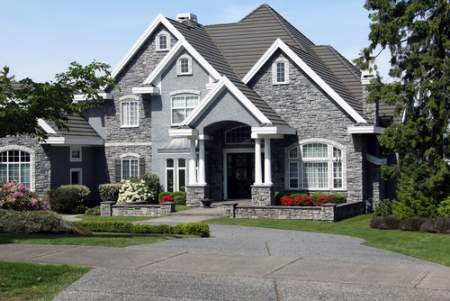